Unfortunately, this is happening. There’s very little logic behind making riding schools as a traveller these days, as people are afraid to commit and meet up in groups. Travelling will surely become a possibility again some day, but meanwhile, we’re making other plans (more about them later)

While it’s all nice and dandy here in the outskirts of Puerto Escondido, this trip unfortunately no longer really makes sense. We’re obviously bummed that we didn’t get to travel more in this fantastic home on wheels that we put a lot of effort into building, but that’s the situation we have to deal with right now. So we’re putting El Gordo for sale and hope somebody else is ready to pick him up and take him out for all the travelling he deserves! 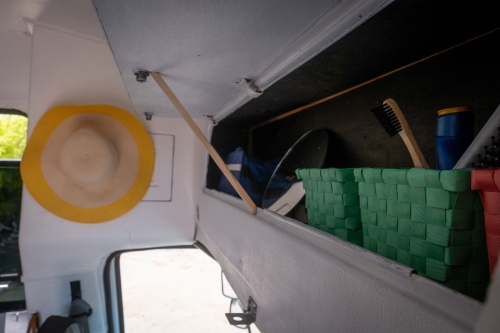 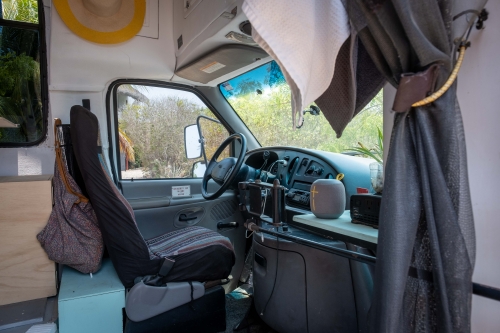 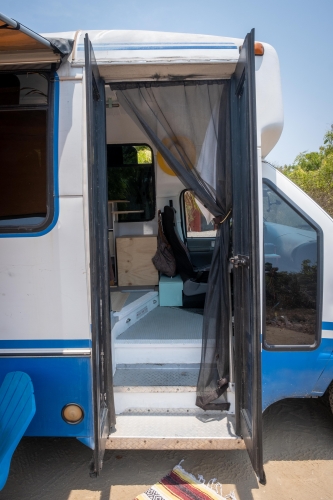 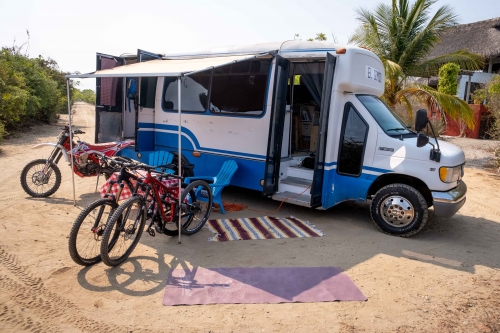 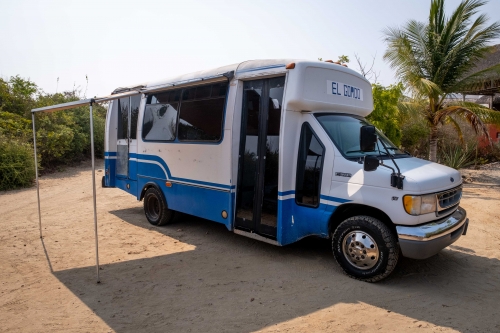 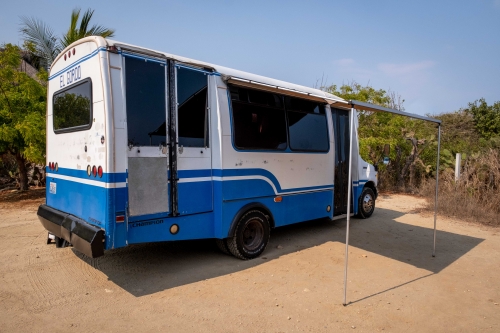 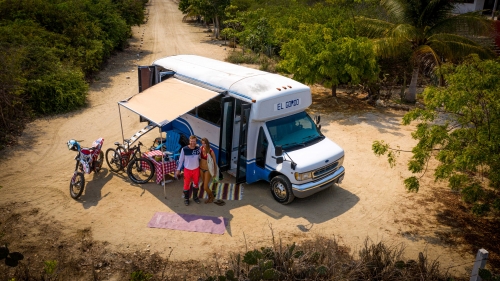 This bus is right now perfect for the person(s) who know they want to travel Mexico or nearby countries once this Corona thing is more under control; and they can totally capitalise on the fact that many people are selling their RV’s at a discount. Also it could be perfect for a mexican who simply wants a super comfy vehicle to go to the national races in or go for tours with his family and bring all their toys. Or simply somebody who just want to try to live off-grid for a while. 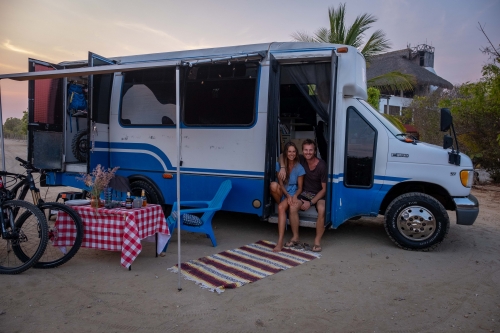 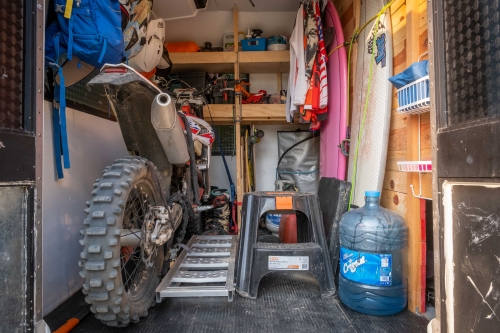 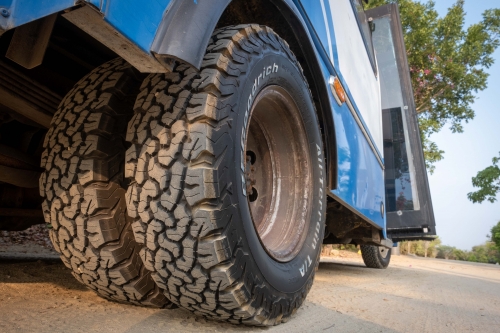 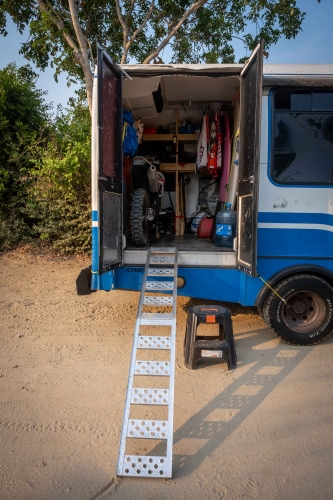 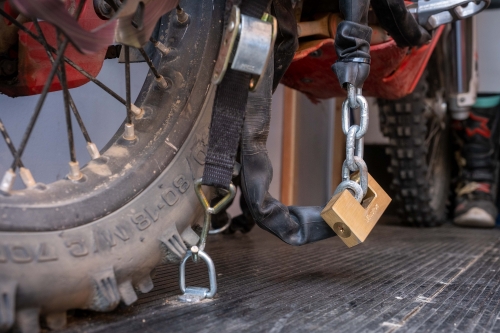 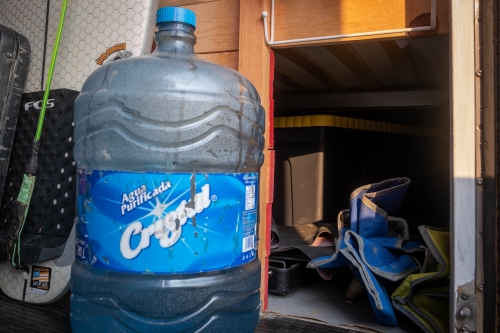 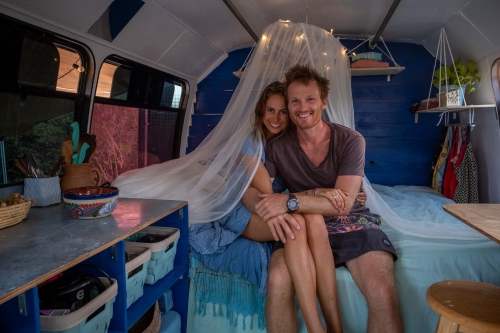 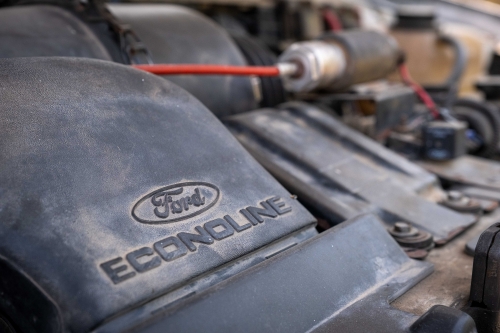 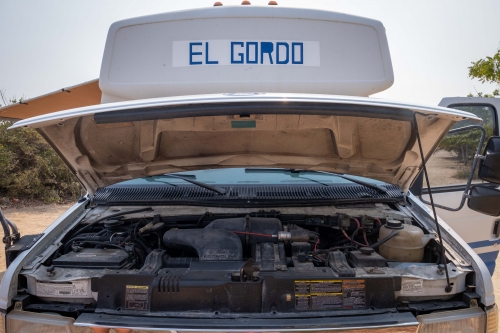 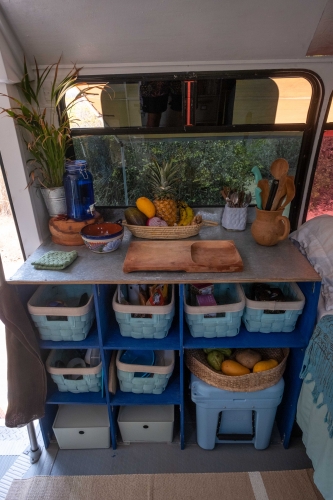 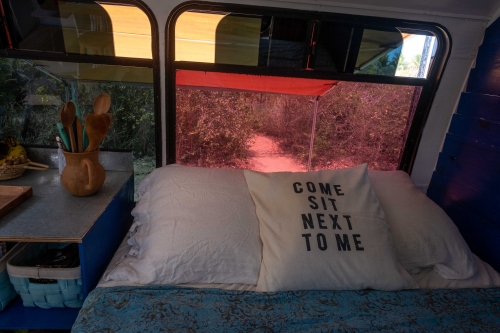 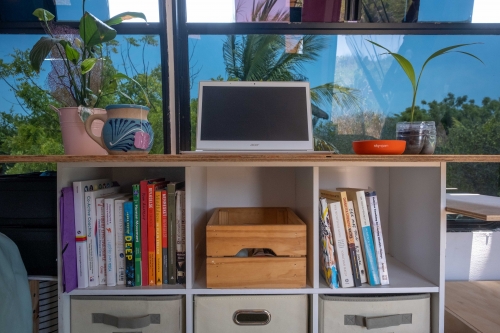 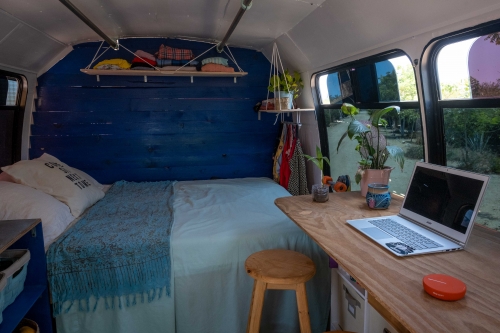 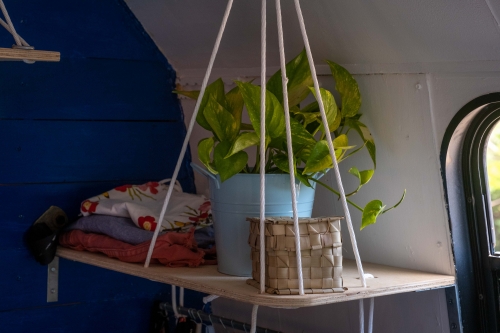 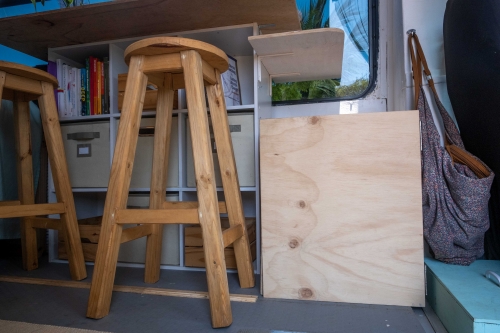 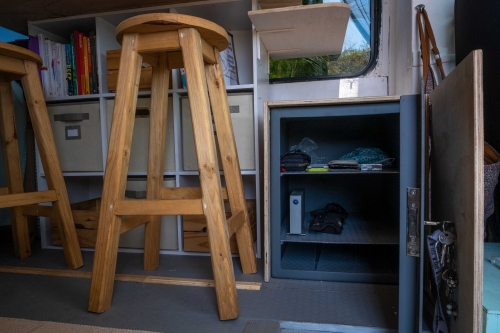 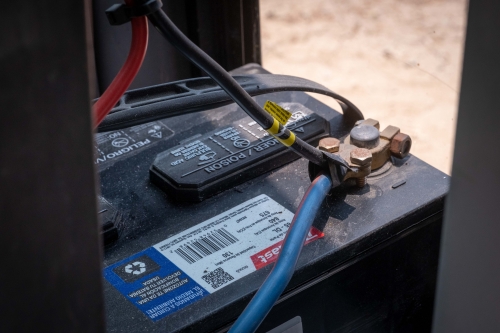 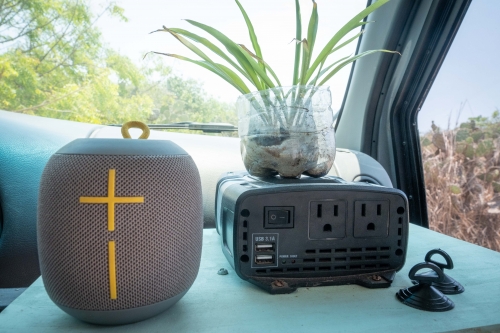 We bought it because we thought we would be okay with the bike hanging on the back. Reality was different and we decided to take everything out, reopen the rear door that the previous owners had closed off. Long story short, we:

It has some scratches and dents but exactly THAT is what made it perfect for us. Nobody knows you’re carrying expensive toys, computers, cameras and values worth much more than the bus itself. It’s so stealth and nobody cares! Also, here’s a fun little detail: We built a wall between the living room and the garage and exactly because of that wall, none of the police officers who has entered the bus, ever cared to check the back; they simply thought that the living was all of it. Not that we have anything to hide in the garage, but we have been transporting an enduro bike on another man’s name and just to avoid giving officers a chance to shake us down for a bit of money, it’s really helped not having anyone go back there and start asking too many questions.

The price for El Gordo? It’s hard to put a price on something you’ve put so much work into, yet used so little. So we’re asking 7,000US$ or the equivalent in Mexican Pesos (175,000) and it’s currently in Puerto Escondido. Unless we get it sold around here, we’ll most likely leave it with friends in Mexico City, as we’re planning on flying out from there on May 31st…. 2020, that is 😉