Earlier this year in July, something happened. Something happened, that hasn’t happened much since literally ever. I was in Romania in the epicenter of Hard Enduro and I learned that some of my best, oldest and most remote friends were getting together for some epic summer activities (with epic I mean a large group of long-lost friends were going to meet, which we – due to the nature of growing up and going in different directions – hardly ever do anymore). But it made me feel homesick in a way that even surprised myself. It wasn’t and is not a feeling I’m familiar with, it’s disturbing and it’s making me second-guess basically everything I do. For more than 10 years I’ve been travelsick, which is diametrically opposed to being homesick.

After some soul-searching and head-scratching I realised that homesickness stems from the things I lack in life. It’s not about missing my childhood home or the city where I grew up (it is a bit, though, cause Vejle is an awesome city). I’ve spent the better part of 12 years travelling. I’ve had some girlfriends, I’ve tried the ‘normal life’ a few times (remember when I made pizzas and videos for random companies?) but generally, I’ve travelled and been on the constant fast-track to the next adventure. My appetite for travelling was always very big but some of the things I did along the way burned me out and it eventually brought me back to Denmark where I met a surfer-hippie girl. We matched in many ways and while we never bought our very own place to live in, we became in a way each others home’s (at least that’s my take on it). Home is a feeling and a home isn’t equal with a house. A house can be full of people, but if there’s no love, there’s no home. Home is where your heart is and for nearly 4 years, my home was in my heart and my heart belonged to her. I won’t go into details of why we’re then no longer together, but fact of the matter is that I currently don’t have a place (4 walls and a roof) I can call my own nor a person that I share my life with. This all used to be just fine – but times change. And so do people. And so do I.

The homesickness also has roots in the lack of communities. Being part of something – almost no matter what it is – is home to a lot of existential happiness. Maslow’s hierarchy of needs puts ‘love and belonging’ on the 3rd of 5 steps in the piramid, and the least important layer of life is the self-realisation, which is exactly where I’ve been investing the better part of 15 years. There’s nothing wrong with self-realisation but I think the point I’m trying to make is that self-realisation would feel better, if you always belonged somewhere – physically or emotionally. Didn’t someone once say that behind every strong man, there’s a strong woman? So what is this becoming? A discovery of the fact that I need a woman in my life to continue self-realise and travel? That’s asking a lot :-)

I think that the feelings of homesickness (the few times it’s presented itself) has simply been the symptom of not feeling like belonging anywhere, to anything or anyone. It’s also about FOMO (fear of missing out) which manifests itself in my aging parents (mainly my dad) who needs my help when I’m home. I’m starting to see how fast he’s getting older and if I continue to travel, I might miss out on making a difference for him.

It’s not the most comfortable place to find myself in and it’s one I wish to either end or embrace. Ending it would mean getting my own place and allow myself time and space to enter into new or old communities. Embracing it would mean kicking the travel activities up a notch and do the trip around the world I always dreamt of. I still dream of riding a motorcycle through the biggest mountains in Latin America, the densest jungles of Asia and the wildest forests of Alaska, getting to know people along the way and experience the wildlife.

I heard a great podcast last year with Matthew McConaughey, where the Podcaster Tim Ferriss picked Matthews brain on his new book “Green Lights” and life in general. “Green Lights” is about how the things we desire in life are either available (green lights) or not (red lights). Most things are – according to the actor and author – sooner or later available, meaning that life essentially is about timing. You can have whatever you want, maybe just not when you want it. So in expanding on that premise of life, you could also say that life is about patience and we all know that patience is a virtue.

It was a really interesting podcast and you can hear it here.

I recognise that my feelings towards the life – and my lifestyle – as I used to know it, is changing. I also recognise that there’s a truth to the fact “that you should be careful what you wish for, you might get it.“ I’ve always dreamt of travelling the world – ideally with a partner – and I have a deep fascination and interest in meeting people far from civilisation. These existences are so full of contrasts to where I come from and it puts everything into a healthy perspective. The trick is to identify the moment we’re waiting for, let it be in relationships, in work, in sport or fill out the blank.

PS: I wrote this blog in Charles de Gaulle airport 5 days ago and for the record, I don’t feel the same about homesickness right now. Life’s good right now, I’m among a lot of good people and it’s fun being back! 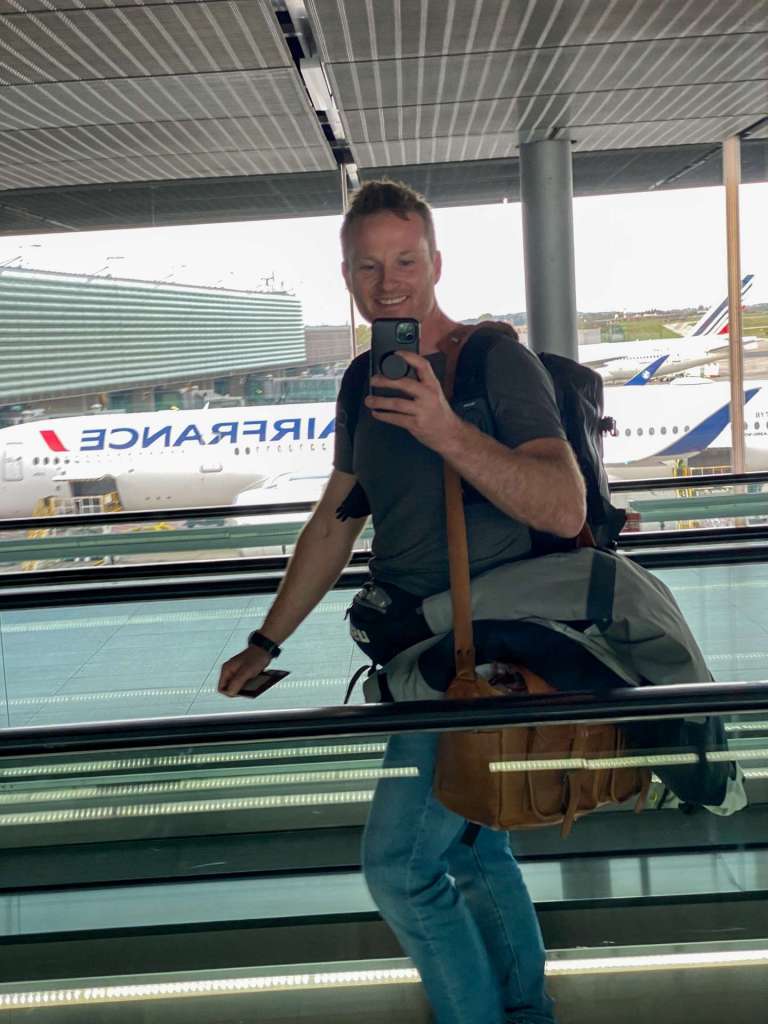 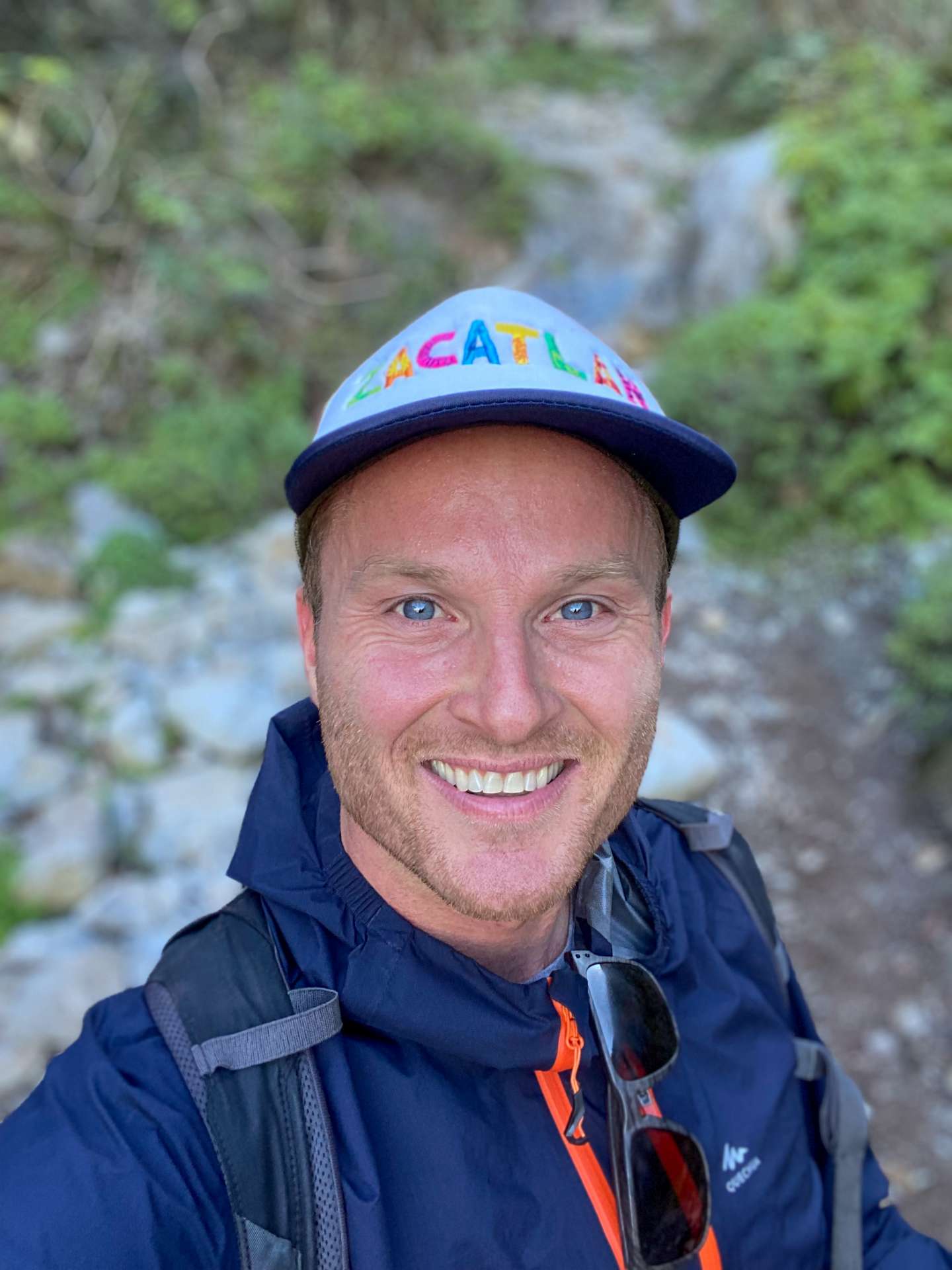